SMA is a progressive neurodegenerative disease that affects the motor nerve cells in the spinal cord and impacts the muscles used for activities such as breathing, eating, crawling, and walking.

August is SMA Awareness Month! While we work year-round to raise awareness and funds for SMA, August is our time to shine a brighter spotlight on the needs, wants, hopes, and experiences of our community. SMA Awareness Month strives to raise awareness of the condition caused by the deficiency of a motor neuron protein called SMN and other rare forms of Spinal Muscular Atrophy (SMA) that stem from chromosome mutations.

This month, Cure SMA is offering a variety of ways that you can participate by advocating, giving, fundraising, educating, and raising awareness of SMA. Below, we’ve compiled ideas for how you can honor SMA Awareness Month on your own, in your community, or with those you love.

It is through your support that Cure SMA funds research, care centers, and support programs to make life better for those living with SMA. Please join us throughout the month of August in fostering conversation, connectedness, and understanding, and most importantly, action amongst and for our SMA community. 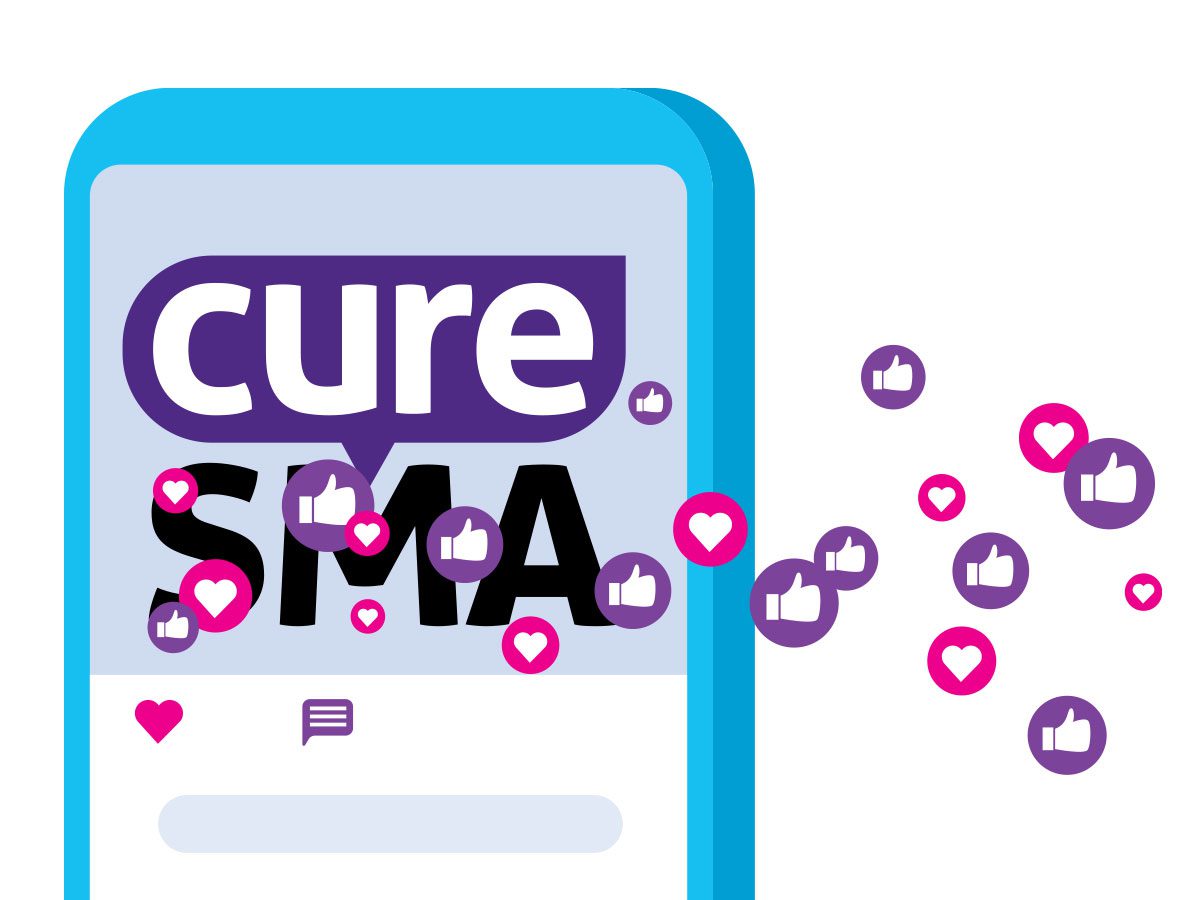 Tell Us Your Story

Consider being interviewed virtually by a member of the Cure SMA team for a ‘Story Spotlight.’ Story Spotlights are featured on CureSMA.org and quotes may be used for other marketing materials. Interested in sharing your story with our community? Email [email protected] and tell us you’d like to participate. A member of our team will reach out to assist you with constructing your unique and valuable story.

We invite the youngest members of our community to get creative and draw or paint a picture of what SMA awareness means to you. Submit a scanned image of your artwork to [email protected] between August 1–August 31, 2022. Submissions will be shared throughout the month and winners will be selected via a vote on Cure SMA’s Facebook page the first week of September.

The top winner’s artwork will be featured as the cover of the fall issue of Cure SMA’s Directions newsletter. Second and third place winners will receive honorable mentions in the newsletter. You must be 18 years of age or under to participate. Please include your name and age when submitting your artwork.

Attend or Fundraise for a Cure SMA Event

Participate in a Walk-n-Roll or other Cure SMA event. Our Walk-n-Roll program is one of the best ways to support and fundraise for people with SMA in your community and beyond. Check out our events calendar and register or donate to make an impact with supporters across the country.

Individual donors are the foundation to Cure SMA’s progress and without the support from thousands of people across the country, our progress would not be possible. Individual giving is a traditional and easy way to support Cure SMA’s mission that gives each supporter the flexibility to donate their preferred way. You can make a difference in the lives of all individuals with SMA by generously supporting our SMA Awareness Month Campaign. Check out the exciting opportunities below:

Our Merchandise Store is offering 25% off throughout the month of August. Simply enter discount code ‘Awareness2022’ upon checkout between now and August 31st to save 25% on all Cure SMA merchandise. We just launched new fleeces, hats, and tanks, so don’t forget to check those out. To raise awareness in your community, we suggest purchasing a Cure SMA Awareness Kit.  There’s no better time to shop for Cure SMA merch than the month of August!

Shop with Amazon Smile! After signing in, choose Cure SMA as your selected charity and Amazon will donate a percentage of your purchase to our organization. Make sure to bookmark this link and make a difference each time you shop.

During SMA Awareness Month, there are many ways to get involved in SMA advocacy to educate others about SMA and the priorities of the SMA community. Become a Cure SMA Advocate by signing up through our new advocate signup center and indicating the advocacy issues you are most interested in.

Once signed up, check out our current action alerts to send prewritten messages to your congressional members. Next, consider arranging meetings with your Members of Congress and/or their local office staff to highlight the advocacy issues that matter most to you.

August is a congressional recess month where your Senators and Representatives work in their states or congressional districts rather than in Washington, DC. This is a great time for individuals and families with SMA to connect with their congressional offices. Learn more about how to Book Your Own Meeting (BYOM) here.

The SMA community’s success on newborn screening and other priority areas started with advocates like you who took action and shared their experiences. Help continue this success by taking action during this SMA Awareness Month. Reach out to Cure SMA’s Advocacy team if you have questions or need assistance.

Each year, our community lights candles to remember those who have passed away from SMA, and to honor the diverse people and perspectives that make up our community. The annual candle lighting occurs at sunset on the second Saturday of August. This year’s candle lighting will take place on Saturday, August 13th. Don’t forget to share your candle lighting photos on social media by tagging @Cure SMA and using #SMAawarenessmonth #CureSMA. Awareness lightings at popular landmarks such as buildings, highway bridges, and entertainment venues help to bring attention to the SMA and SMA Awareness Month in a unique way. Many of these locations will share photos on their social media. The Cure SMA colors are used to represent the entire SMA community and all the hard work and efforts that are put in towards research, care, and support all year long.

Check out this month’s calendar of awareness lightings!

This program was started by community member, Shaakira Thomas, who has dedicated a considerable amount of her free time to researching buildings that do awareness lightings and filling out forms to ensure major landmarks in different cities across the U.S. light up in August. “To me, SMA Awareness Month is not only about ways of raising awareness, but it is also a time to honor and celebrate everyone impacted by SMA. We are all fighters and being able to hear everyone’s stories is amazing. It brings me hope and strength.”